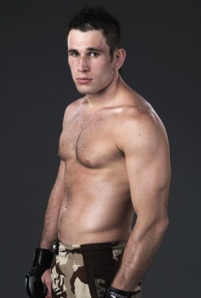 Duane ‘Bang’ Ludwig has been forced out of his fight with Amir Sadollah due to a sternum injury suffered during during training camp. Former ‘Ultimate Fighter’ winner, James Wilks steps in with just three weeks remaining until fight night. UFC Fight Night 24 takes place on March 26th at the Key Arena in Seattle, Washington. The event is headlined by Antonio Rodrigo Nogueira and Phil Davis in a light heavyweight tilt.

James Wilks became the ninth winner of the ‘Ultimate Fighter’ reality show after defeating DeMarques Johnson in impressive fashion with a first round rear naked choke. He has since lost two out of his last three fights, including defeats against Matt Brown and Claude Patrick. Wilks last victory came against Peter Sobotta at UFC 115 in June of last year.

Amir Sadollah made his first official mixed martial arts fight back in June of 2008 when he earned a first round armbar victory over CB Dollaway to become the seventh winner of the ‘Ultimate Fighter’. After that fight, Sadollah dropped to welterweight and has gone 3-2 in the division. He suffered a tough loss against Dong Hyun-Kim at UFC 114, but came back at UFC 122 to dominate Peter Sobotta.

UFC on Versus 3 Quick Results 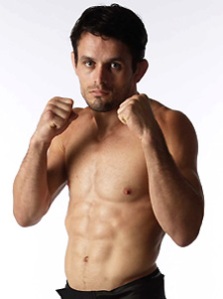 A lightweight bout between Justin Wilcox and Rodrigo Damm has been booked to headline the 15th installment of Strikeforce’s Challengers series. The event is expected to take place on April 1st at the Stockton Arena in Stockton, California.

American Kickboxing Academy student, Justin Wilcox has become one of the top prospects in Strikeforce’s lightweight division in the last year and a half. He has put together a five-fight win streak, including wins over David Douglas, Daisuke Nakamura, and Brazilian jiu-jitsu specialist Vitor ‘Shaolin’ Ribeiro. Wilcox lost his Strikeforce debut against Mitsuhiro Ishida by first round armbar back in September of 2009.

Rodrigo Damm at one time was considered one of the top up-and-coming lightweights from Brazil, following an impressive 8-1 start, including a key win over Jorge Masvidal at Sengoku: Third Battle. He has since gone an uninspiring 1-3, losing to Eiji Mitsuoka, Gilbert Melendez, and Maximo Blanco.

Posted by Matt Faler on March 3, 2011 in News, Strikeforce

Renzo Gracie student, Derek Brunson has signed a multi-fight deal with Strikeforce and is expected to debut sometime this spring.

Brunson has tore through the local shows, amassing a perfect record of 6-0 since making his mixed martial arts debut in May of last year. Five out of his six victories have come via knockout or technical knockouts due to strikes. Brunson’s lone submission victory came in his MMA debut, a first round rear naked choke over John Bryant.

Brunson is expected to make his Strikefoce debut on a Challenger Series event.

Posted by Matt Faler on March 2, 2011 in News, Strikeforce 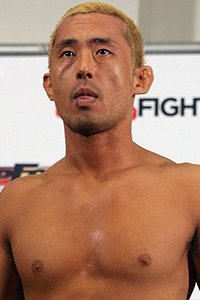 UFC veteran, Ben Saunders is booked to face Matt Lee for his promotional debut at Bellator 39. The event takes place on April 2nd at the Mohegan Sun Arena in Uncasville, Connecticut. A lightweight title fight between Eddie Alvarez and Pat Curran serves as the main event of the evening.

Ben Saunders was released from the UFC following back-to-back losses against Jon Fitch and Dennis Hallman. Last November he got back on the right track with a victory over Elijah Harshbarger at a World Extreme Fighting event. Saunders will always be remembered for the beat down he put on Brandon Wolff with vicious knees from the thai clinch, leaving a grapefruit-sized lump on Wolff’s forehead.

Matt Lee returns to the Bellator Fighting Championships for the second time in his career. He lost to Ryan Quinn by unanimous decision at Bellator 15 in April of last year. Lee returned to the win column with a second round TKO stoppage victory over Brett Oteri at Moosin: God of Martial Arts event. 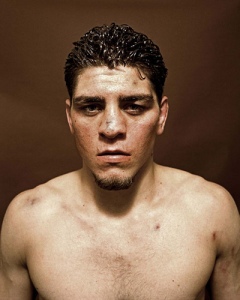 Strikeforce officials have confirmed that the two remaining heavyweight tournament quarterfinals have been pushed back to early summer, but will still have an event for April 9th. The rumors of a welterweight championship bout between Nick Diaz and Paul Daley has been officially booked. Strikeforce: Diaz vs Daley will be held at the Valley View Casino Center in San Diego, California. A lightweight title fight between Gilbert Melendez and Tatsuya Kawajiri has also been signed for the co-main event.

Nick Diaz is quickly rising up the pound-for-pound rankings riding a nine-fight win streak, the longest of his career. He has competed in both the welterweight and middleweight division, disposing of everyone in his way. Diaz defeated Mariusz Zaromskis in January of 2010 with a first round TKO stoppage to become Strikeforce’s first welterweight champion. He has since defended the belt twice against KJ Noons and most recently Evangelista ‘Cyborg’ Santos.

Feared striker, Paul Daley gambled his title opportunity by taking a fight outside the promotion against Yuya Shirai at BAMMA 5 in the United Kingdom. Fortunately for both Daley and Strikeforce, he knocked out the current DEEP welterweight champion in less than two minutes. It was Daley’s fourth consecutive victory since being released by the UFC for sucker-punching Josh Koscheck after the final bell in May of last year.

Posted by Matt Faler on March 2, 2011 in News, Strikeforce 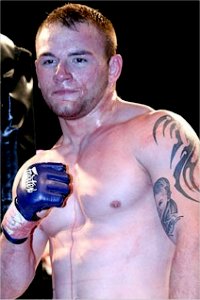 Less than a week after signing former Sengoku featherweight contender Ronnie Mann, he is booked for Bellator 40 against Josh Arocho. The event takes place April 9th at the First Council Casino in Newkirk, Oklahoma. A non-title “super-fight” between welterweight champion, Ben Askren and Nick “The Goat” Thompson headlines the evening.

Ronnie Mann has won seven of his last eight fights with his only loss being a submission defeat to the #2 featherweight in the world, Hatsu Hioki back at Sengoku: Eighth Battle in May of 2009. Most recently, Mann defeated Douglas Evans to become the new Shark Fights featherweight champion. Ten of his eighteen wins have come by way of submission.

Josh Arocho, veteran of 15 professional fights, has had mixed results inside the cage. The biggest win of his career was in April of 2009 when he defeated UFC veteran Luke Caudillo in the second round with a rear naked choke. Arocho has since loss four of his last six fights, including losses to Bellator veteran Eric Marriott and prospect Justin Salas.