A light heavyweight tilt between Polish prospect Jan Blachowicz and Rameau Thierry Sokoudjou has been added to KSW 15. The event takes place on March 19th at the Towar Hall in Warsaw, Poland.

Jan Blachowicz is considerded one of the top European prospects in all of mixed martial arts. He currently carries a nine-fight win streak, including victories over Daniel Tabera, Christian M’Pumbu, and Maro Perak. His last defeat was in 2oo7, when he was submitted by Andre Fyeet at KSW 8.

Rameau Thierry Sokoudjou just hasn’t lived up to the hype since stunning upset victories over Ricardo Arona and Antonio Rogerio Nogueira back in the Pride days. He’s currently lost two out of his last three fights, both TKO stoppages against Houston Alexander and Shamil Abdurahimov. Sokoudjou most recently defeated Valdas Pocevicius by unanimous decision in Israel last November.

Alexis Vila Out; Mamoru Yamaguchi in versus John Dodson at Tachi Palace Fights 9 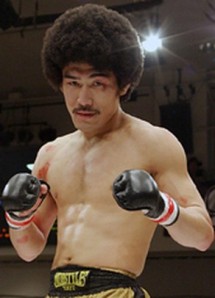 After the withdrawal of Olympic bronze medalist, Alexis Vila, Tachi Palace Fights sign current King of the Cage flyweight champion Mamoru Yamaguchi to fight John Dodson at TPF 9. The event is expected to take place on May 5th at the Tachi Palace Hotel and Casino in Lemoore, California.

Mamoru Yamaguchi earned the King of the Cage flyweight title after beating Frank Baca with a second round rear naked choke back in January of last year. He then defended the title against young prospect, Greg Guzman with a TKO stoppage in August. Yamaguchi returned to Japan to face Furnihiro Kitahara, in which he earned a stunning first round head-kick KO. 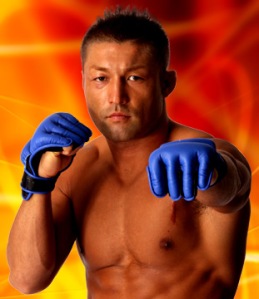 Yoshiyuki Nakanishi became DEEP’s first light heavyweight champion, when he beat Christian M’Pumbu at DEEP 47 in April of last year. Since then he has defended the title twice, defeating Ryuta Noji and DREAM veteran Katsuyori Shibata.

Ryuta Sakurai last competed at DEEP 49, when he faced against recently signed UFC fighter, Riki Fukuda. Early in the second round, Fukuda landed violent knees to the head and body of Sakurai, forcing the stoppage just 32 seconds into the round. Sakurai fought to a draw with top European middleweight Mamed Khalidov at KSW 13, previous to the Fukuda fight. Sakurai’s last win was back in December of 2009, when he knocked out Hiroki Sato just over two minutes in the first round.

Other Fights Announced for DEEP 52: 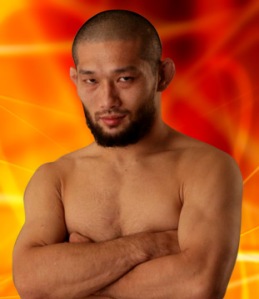 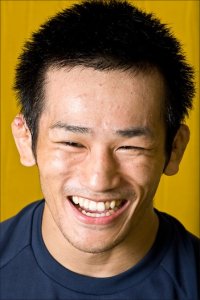 Masakazu Imanari is currently riding a five-fight win streak, including victories Daiki “DJ” Hata, Tomoya Miyashita, and Justin Cruz. Imanari is known for his elite grappling and he displayed it in full effect when he forced a tap from Cruz with a omoplata/rear naked choke combo at DEEP: Cage Impact 2009. His most recent loss was against Bibiano Fernandes in the second round of the DREAM featherweight tournament.

Hiroshi “Iron” Nakamura has won six out of his last seven fights, most recent victory was a unanimous decison over Tatsumitsu Wada at DEEP 50 Impact. In 2o professional fights Nakamura has never been submitted, but that stat will be tested against Imanari.

Paul McVeigh has won two fights in a row, following his upset loss to Chris David at EXFC 1 in October of 2009. His most recent victory was against Artemij Sitenkov with a rare inverted triangle submission win in the second round. A win against Bernhard could capture the attention of Dana White and Sean Selby, for a possible roster spot in the UFC.

Andreas Bernhard has also won back-to-back fights, following his first professional loss against Ben Boekee in September of last year. Most of his victories have come by way of submission. 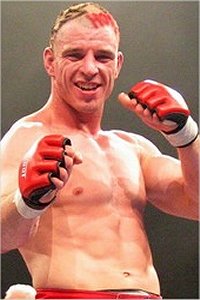 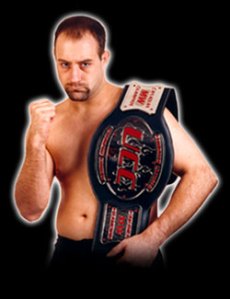 Martin Desilets currently carries a four-fight win streak, including back-to-back first round TKO victories over Victor Valimaki. He earned the Fight Club light heavyweight championship with his most recent victory over Valimaki. Desilets last defeat was to Travis Galbraith by triangle choke back in June of 2008.

Antony Rea enters MFL 4 on a three-fight win streak of his own. He was last defeated by current UFC fighter, James Te Huna by first round TKO at CFC 8 in Australia. Rea’s most notable victory was against current Strikeforce number one contender, Evangalista “Cyborg” Santos when he TKO’d in the second round back in February of 2005.

Canadian MMA veteran, Steve Vigneault returns to fighting after being absent from the sport for over a year. This will be only his third appearance in the cage since 2006. Vigneault defeated Dan Chambers by first round TKO in his last appearance back in November of 2009 for Ringside MMA.